• There was an emphasis on self-knowledge and moderation (sophrosyne) as opposed to arrogant pride and excess (hubris).
• The Greek concept of aesthetics (appreciation of beauty) was based on mathematical proportions and the concept of “man” as the “measure of all things.”
•  The Greeks valued a balance between intellect and feeling (worship of both Apollo and Dionysos is applicable here).
​ 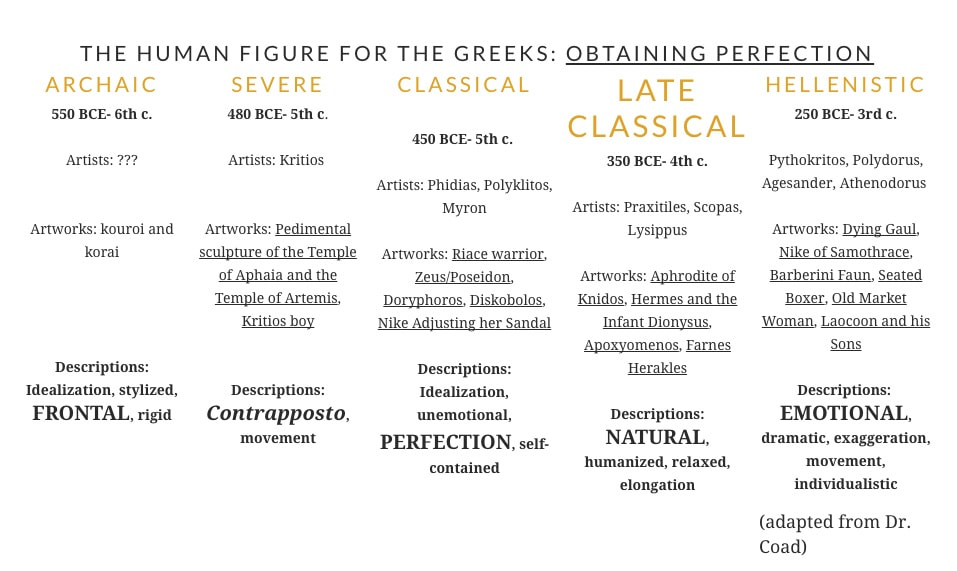 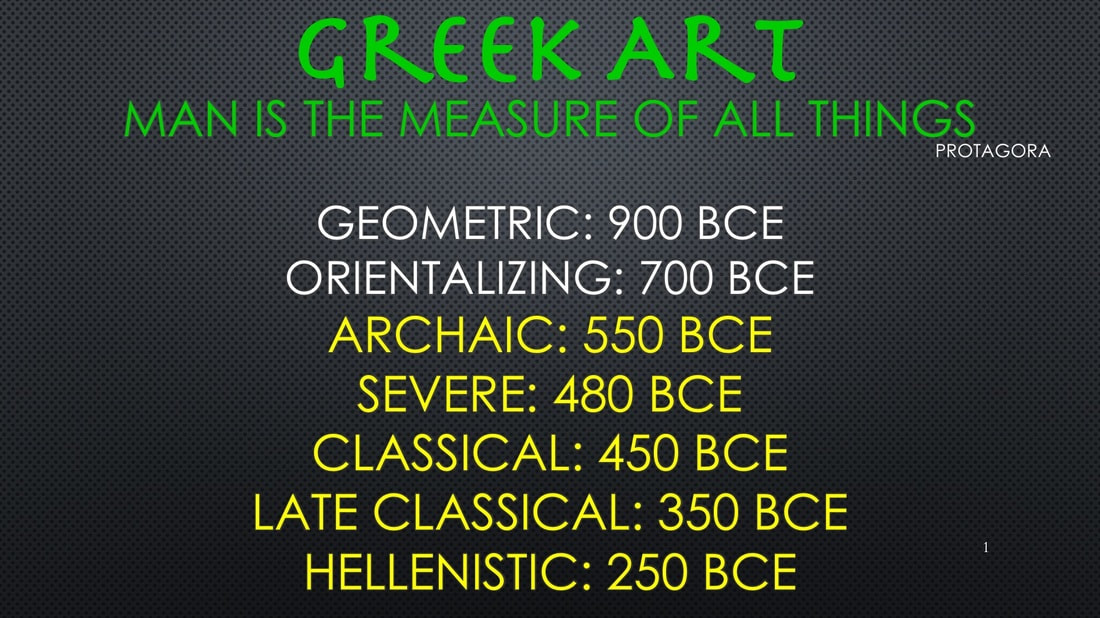